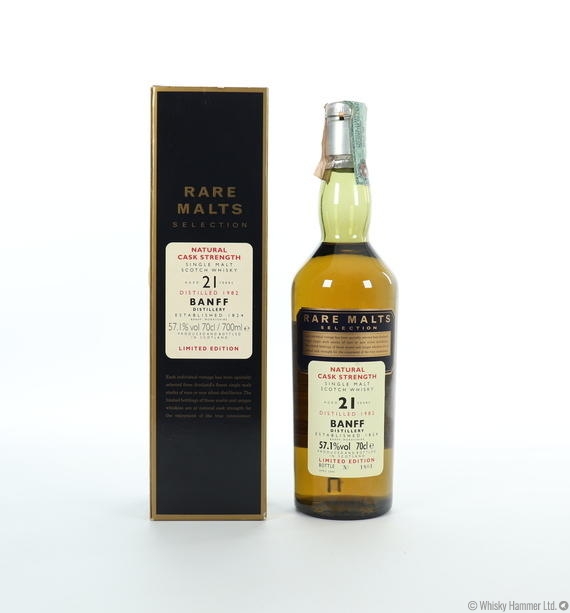 Distilled in 1982 and bottled as a 21 year old this is bottle number 1801 from the long closed Banff distillery.