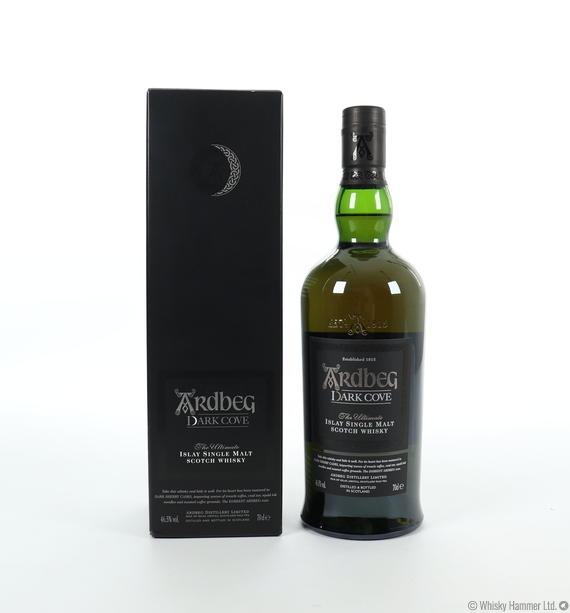 The hugely anticipated 2016 Ardbeg Committee bottling was released on "Ardbeg Night" and not surprisingly sold out very promptly.  The Dark Cove has been matured in dark sherry casks making it the "Darkest Ardbeg Ever"!

The distillery release comes boxed and is bottled at 46.5%, slightly lower ABV than the Committee edition at 55% ABV.