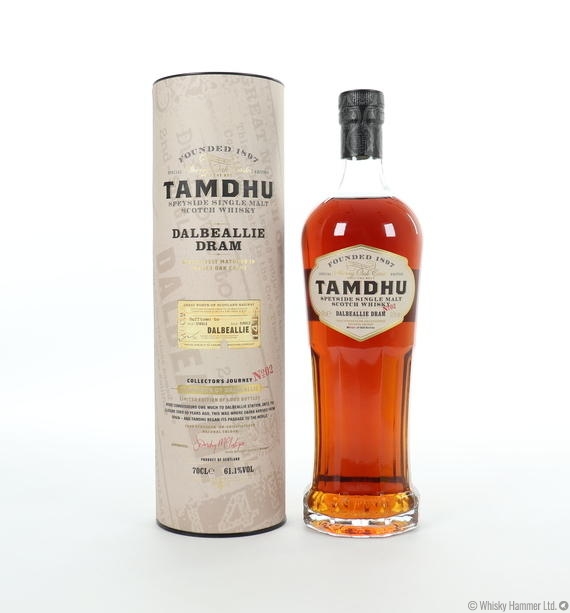 Tamdhu distillery is located in the town of Knockando in Banffshire, Scotland. Tamdhu comes from Gaelic for little dark hill.

The distillery was founded in 1896 by a group of assemblers, wishing to engage in the production of their own whisky. The first malt whisky was distilled and casked in 1897. It quickly passed on into the hands of Highland Distillers. The history of the distillery was fairly quiet, without changing owners, but still marked by a long dormancy between 1927 and 1947.

The Dalbeallie dram is a limited edition, small batch from Tamdhu distillery named after the local train station at Dalbeallie, "where casks would arrive from Spain and Tamdhu began its passage to the world".

This is the second release of the Collectors Journey series, matured exclusively in sherry oak