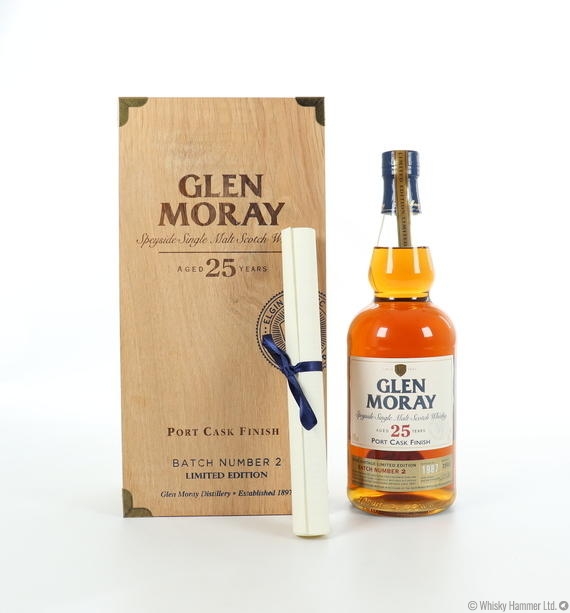 An exceptional 25 year old from Glen Moray, distilled in 1987, matured in bourbon casks before finishing in Port casks, this is bottle number 2592.