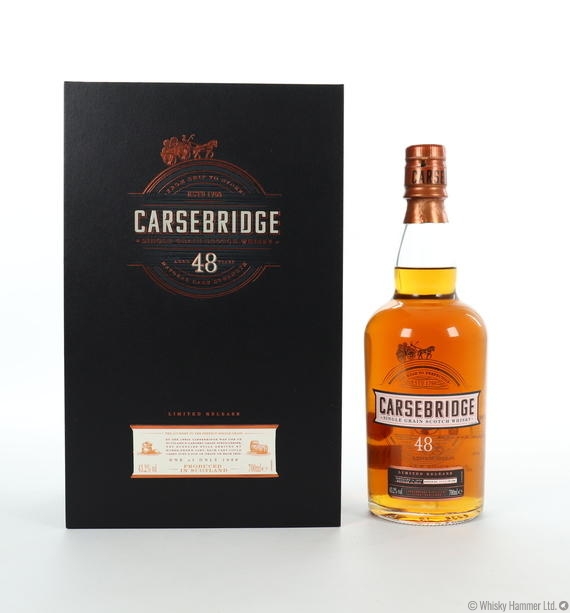 Carsebridge 48 year old limited edition of only 1000 bottles before sadly closing in 1983.

Formerly one of Scotland's largest distilleries in the 18th Century. This is a perfect bottle for a collector.