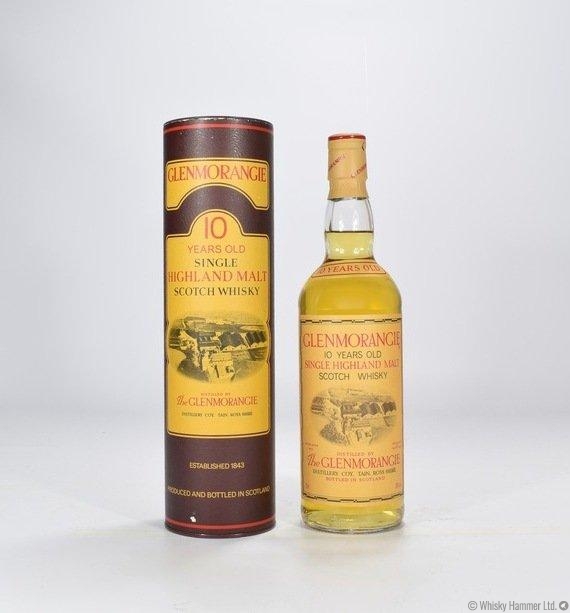 A nice early 1980s bottling of this famous Highland malt, handcrafted from the sixteen men of Tain - Glenmorangie 10 Year Old.

This old style release has a cream foil seal, red band around top and “Glenmorangie” printed on the slope, this design for the cap was circa 1982.