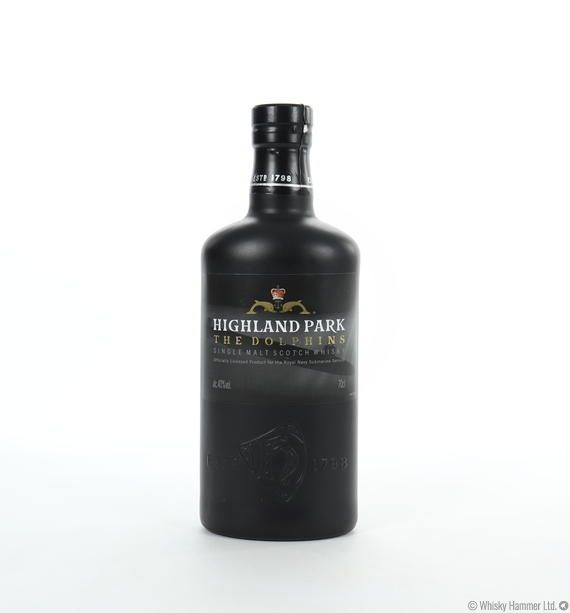 A matte black bottle of Highland Park 'Dolphins'.  This is an official licensed product released exclusively for the Royal Navy Submarine Service.  The design of bottle is shaped to give the feeling of a hull of a submarine.

This release is rumoured to be of 1500 bottles.