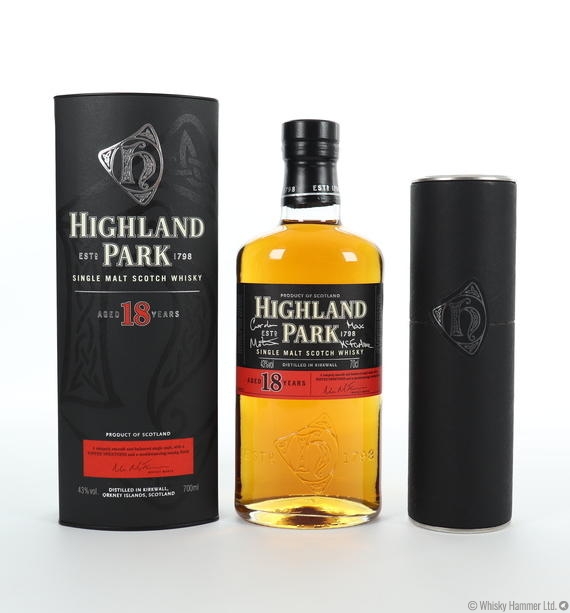 A nice 18-year-old whisky from the Kirkwall distillery Highland Park.