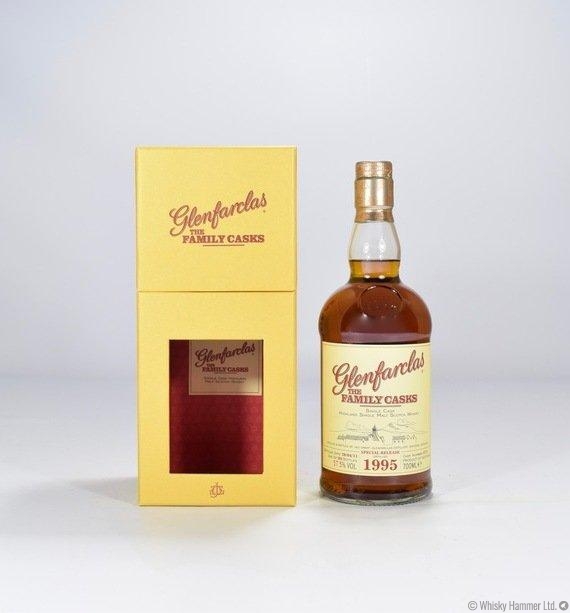 Part of the Family cask range, this whisky was distilled in 1995, the year that Glenfarclas celebrated its 175th birthday.

The distillery bottled this fine 1995 vintage exclusively for the Usquebaugh Society in April 2011 from a refill sherry cask and is 1 of only 281 bottles.