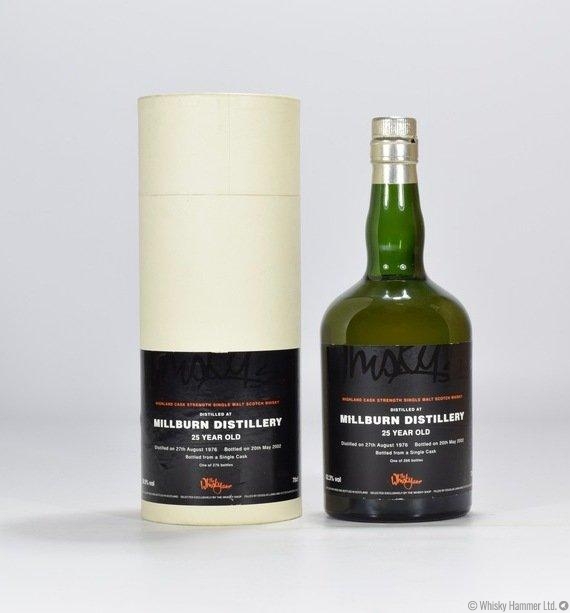 The distillery was founded as "Inverness Distillery" by one Mr. Welsh in 1807 (sixteen years before the passage of the Excise Act of 1823, which legalized whisky distillation.) It came under the control of James Rose and Alexander MacDonald in 1825, but the company was sold off four years later.

In 1853, David Rose acquired the distillery and transferred control to his son, George Rose, in 1881. The younger Rose ran the distillery until 1892, when it was sold again to Andrew Haig & Co. In 1904, the distillery's name was officially changed to "Millburn" with the formation of the Millburn Distillery Company. In 1921, Millburn was acquired by Booth's Distillers Ltd. of London. The owners were able to rebuild and restore operation after a fire damaged the distillery in 1922.

Millburn was closed in 1985, and in 1988 many of the buildings were demolished to allow for the property to be re-developed.

A rarely-seen bottling from closed distillery Millburn. Distilled on 27 August 1976, it was aged in a single cask for a quarter of a century, yielding 266 bottles on 20 May 2002 for The Whisky Shop.