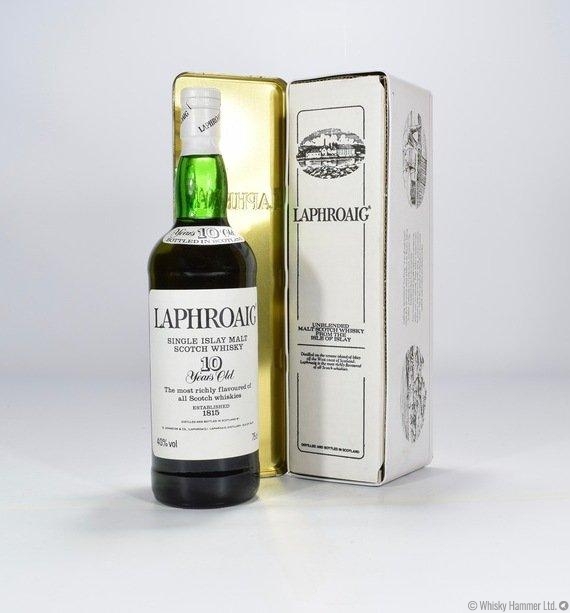 A 10 year old whisky from the famous Islay distillery, Laphroaig.

Comes with a presentation tin / box.