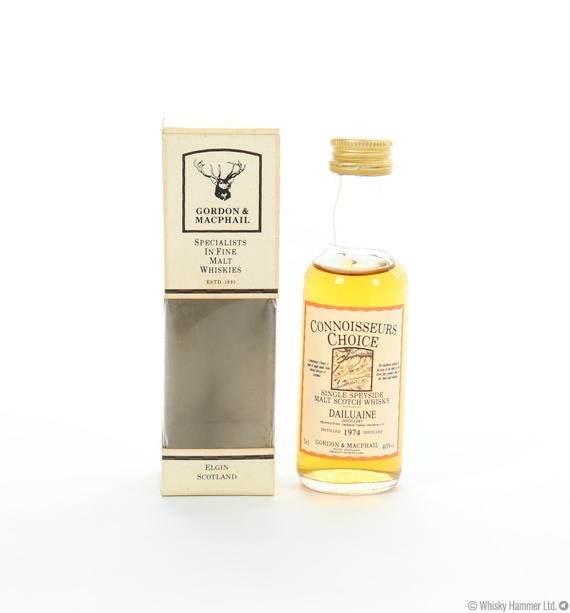 Distilled at Dailuaine in 1974 and bottled by independent bottlers Gordon and MacPhail as part of the Connoisseurs Choice range.