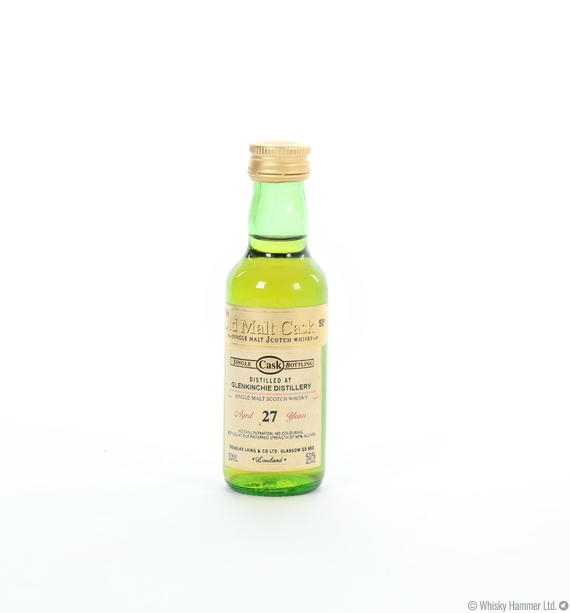 A 5cl bottle of Glenkinchie 27 Year Old bottled by Douglas Laing as part of the Old Malt Cask series.