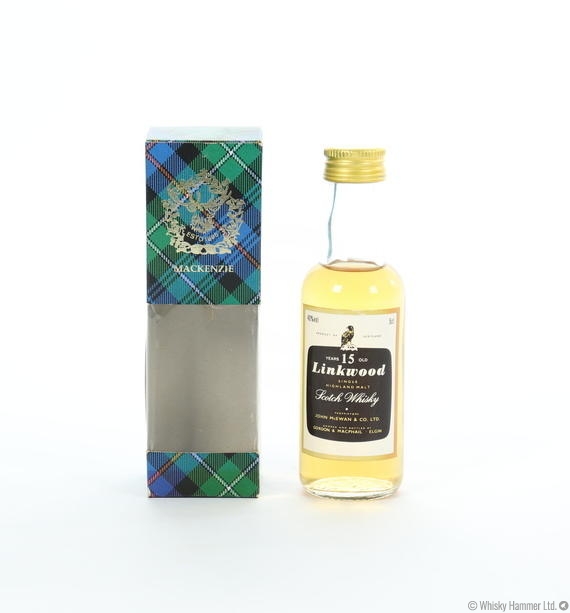 A 15 year old whisky from the Linkwood distillery, bottled by Gordon & MacPhail.