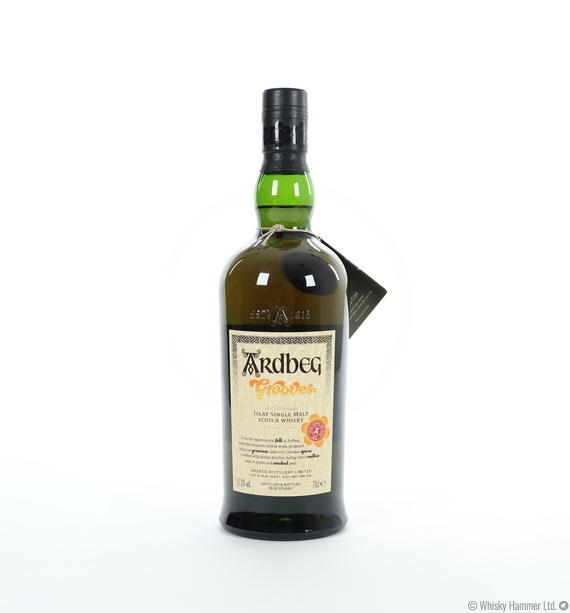 Ardbeg Grooves whisky has been laid down in wine casks, intensely charred to produce heavy grooves on the surface of the wood.  The result is a whisky aromatic with smoked spices and distant bonfires, sweet vibes of vanilla popcorn and smoky sooth fading into a mellow haze of apples, fresh flowers and smoked pear.