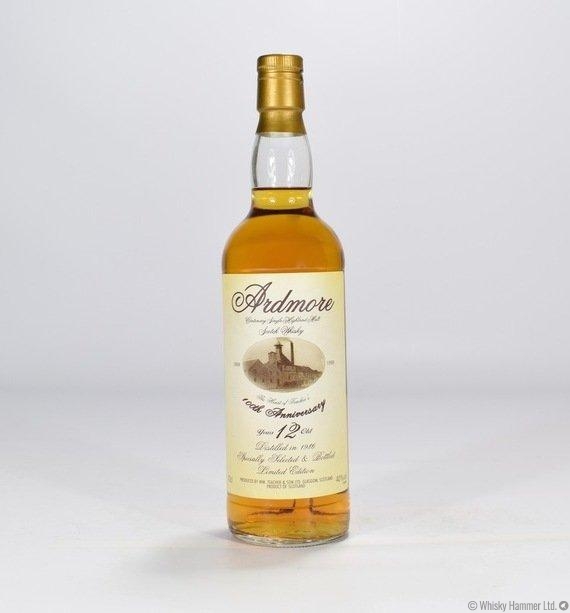 A limited edition release to commemorate the 100th anniversary of the Ardmore distillery, this 12 year old was distilled in 1986 and released in a special presentation box from the distillery in 1999.