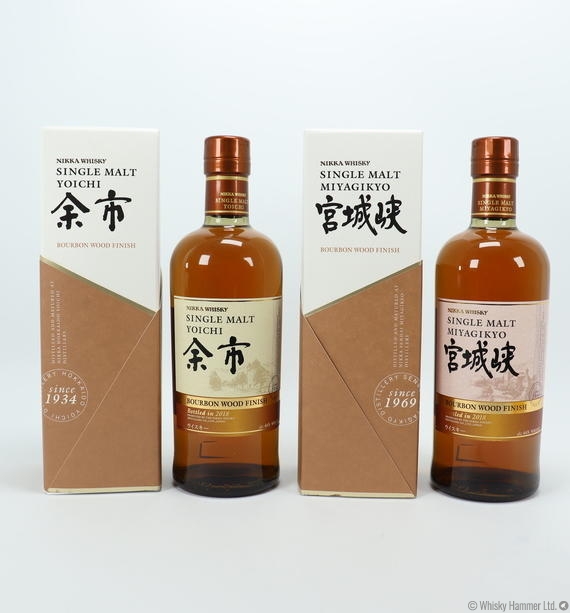 The Miyagikyo and Yoichi Bourbon Wood Finish whiskies from the Japanese Distillery Nikka.