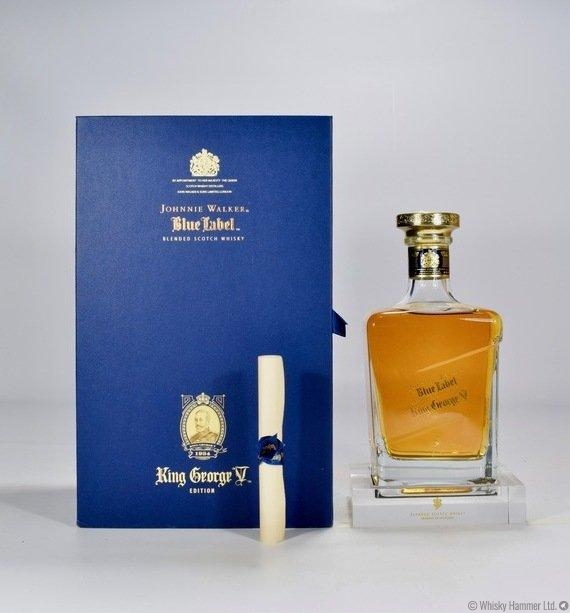 Bottled to celebrate the first Royal Warrant being granted to John Walker and Sons Ltd to supply scotch whisky to the British Royal Household in 1934.  Johnnie Walker King George V was designed to replicate Johnnie Walker from this day, some Port Ellen was used in the making of this alongside Cardhu, Royal Lochnagar and some well aged grain whisky.

Presented in a stunning decanter and packaging.