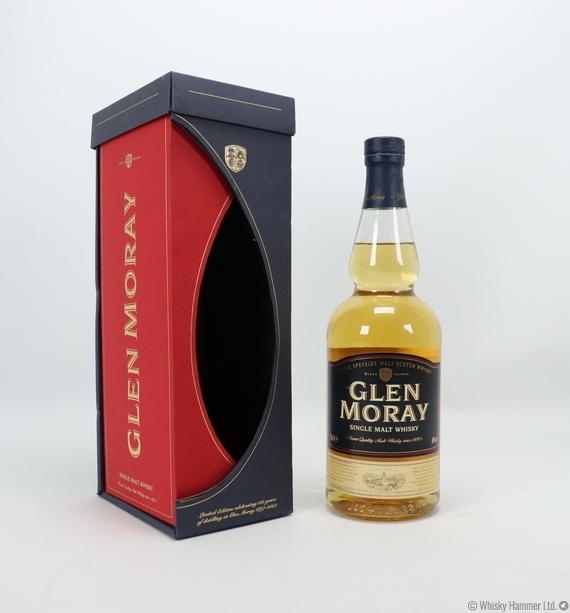 Released to celebrate the 110th anniversary of Glen Moray in 2007, this "Classic" expression is the entry level bottling from the Glen Moray distillery, within an unusually styled box.