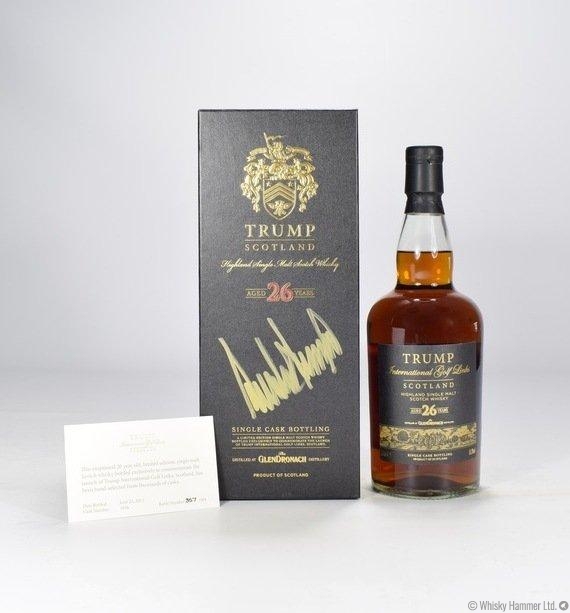 A unique opportunity to own a whisky hand signed by the President of the USA Donald J. Trump.

The whisky itself is a very rare, single cask, 26 year old Glendronach which was bottled from cask #1036 in June 2012 to commemorate the launch of Trump International Golf Links in Scotland.

We understand only a very limited number from this release was signed by Mr Trump.  Authenticity of the signature has been approved directly by Trump International.