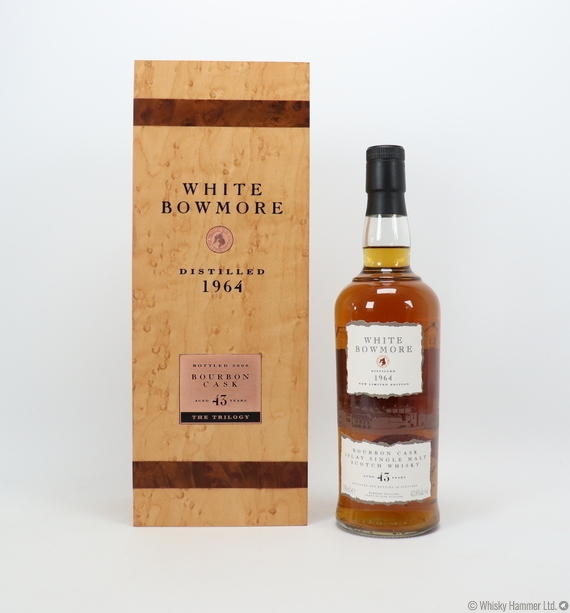 This 43 Year Old 'White Bowmore' was distilled on the 5th November, 1964, and bottled in 2008. This is the second in a limited edition trilogy to be released by Bowmore. Only 732 bottles were released in total.