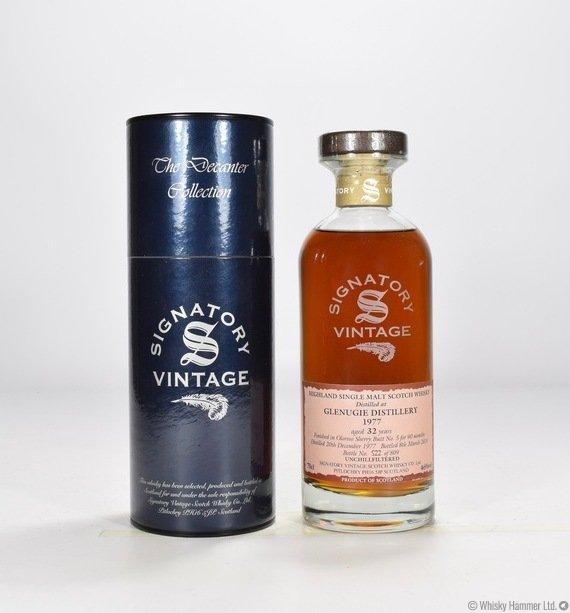 Bottled by Signatory Vintage for the Decanter Collection from the sorely missed Glenugie distillery (silent in 1983 and now demolished).

Distilled in 1977, finishing its final 90 months in an Oloroso Sherry Butt before being bottled at 32 years old in 2010.