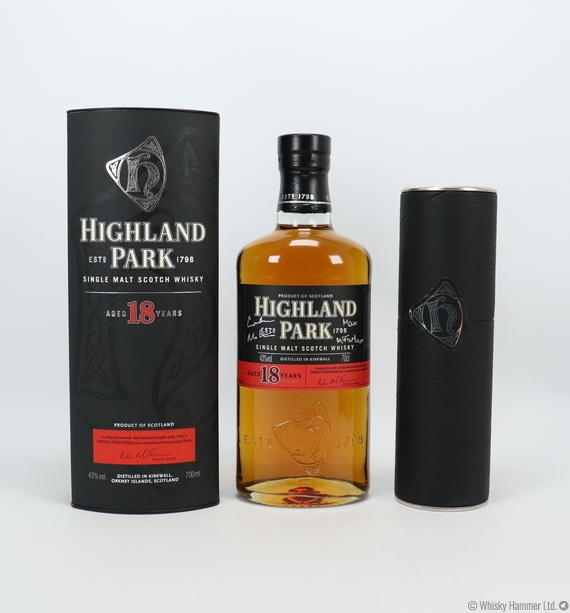 1 of 756 bottles signed by whisky makers Max McFarlane and Gordon Motion, the bottle comes with certificate of authenticity and is from the last remaining batch of "old style" bottles held at the Highland Park distillery.