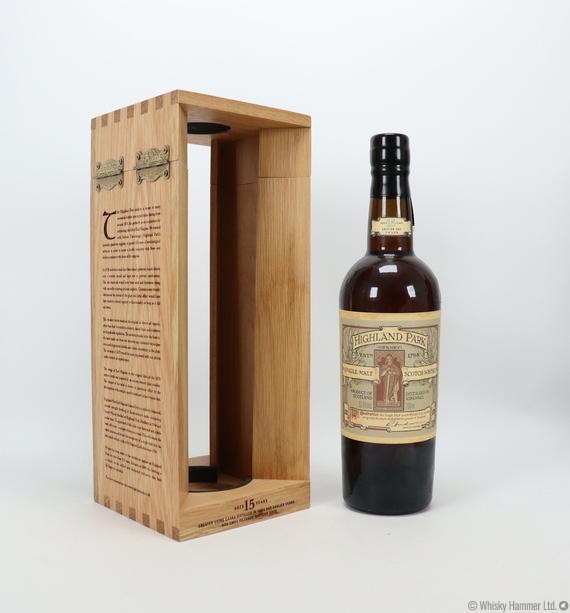 This Highland Park was released in 2009 as the 1st edition of a series of bottles which were released as a tribute to the skilled craftsmen who built the St Magnus Cathedral in Kirkwall, Orkney.

The bottling marks Earl Magnus, a man unlike any other Orkney Earl, spreading Christianity. The peace loving Magnus was unlike his cousin Haakon who was envious and ambitious, striving for self-glory. Their history is a classic tale of the struggle of good versus evil. Magnus sadly perished at the hands of his brother, who ordered his death.

Earl Magnus is a 15 year old cask strength whisky, which picked up the top prize in its category at the World Whisky Awards on its release.