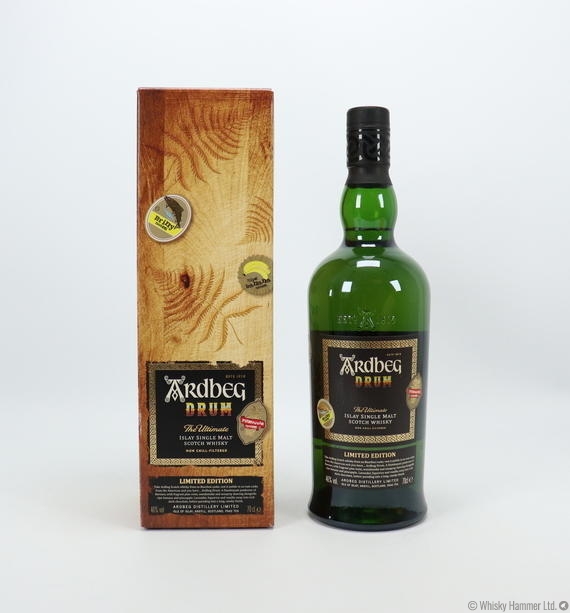 Ardbeg Drum is Ardbeg whisky from ex-Bourbon casks, rested for a while in ex-Rum casks from the Americas producing this flamboyant jamboree of flavours.