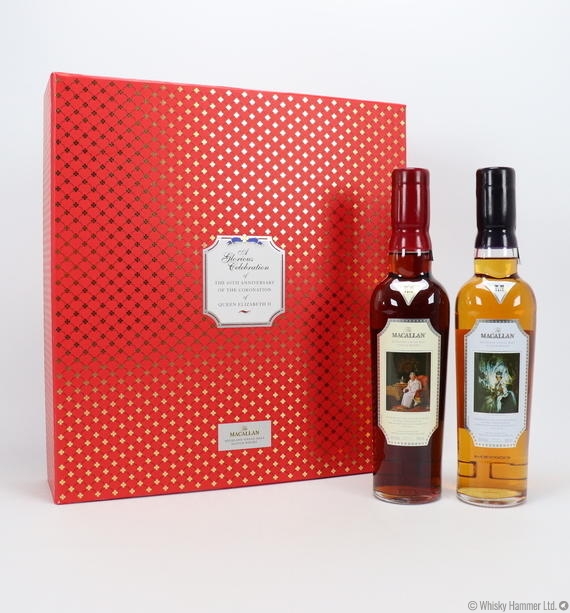 This limited edition commemorative bottling comprises two 35cl bottles of Macallan housed in a box designed by David Holmes. The first bottle conveys the Queen as she was in 1953 and the second honours the monarch as she looked during the 60th anniversary of her Coronation in 2013.

The two images on the bottles were taken by Cecil Beaton and Julian Calder respectively.

There were just 1,953 of these fantastic collectors’ editions released for sale in the UK.