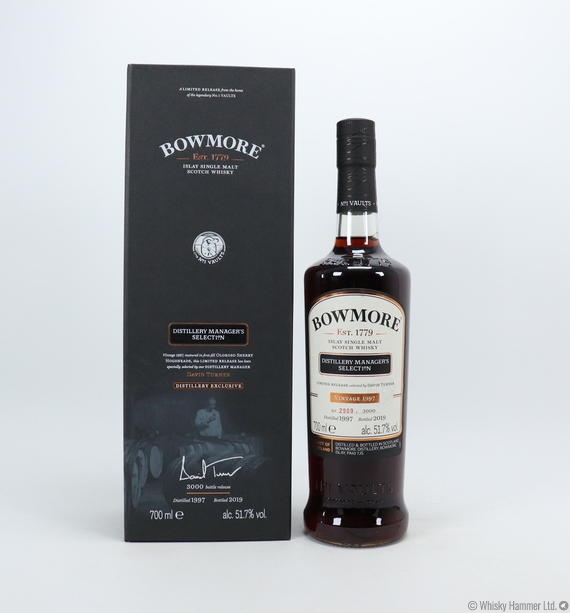 The Distillery Manager's selection is a limited release selected by Bowmore's David Turner. Vintage single malt distilled in 1997 and bottled in 2019.