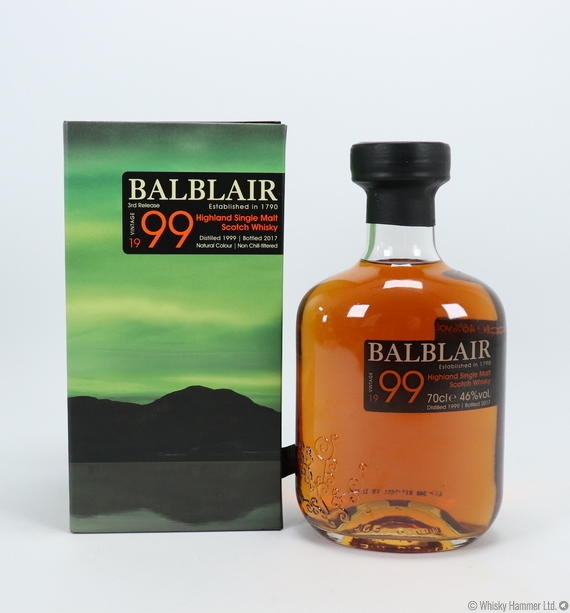 A combination of American oak, ex-bourbon barrels and Spanish oak ex-sherry butts, this is the 3rd release from the 1999 vintage from Balblair. Distilled in 1999 and bottled in 2017.