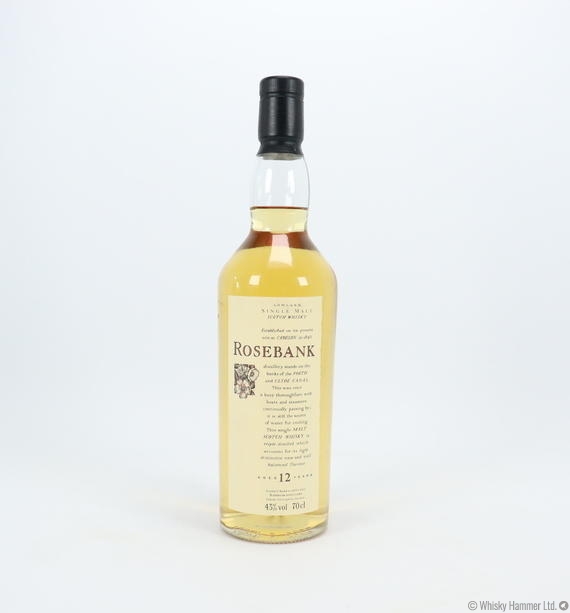 The Rosebank 12 Year Old, from the now silent distillery that stands on the banks of the Forth and Clyde canal.  This whisky is part of the 26-bottle 'Flora & Fauna' series, made famous by whisky writer Michael Jackson. It has a delightfully smooth, fruity finish.