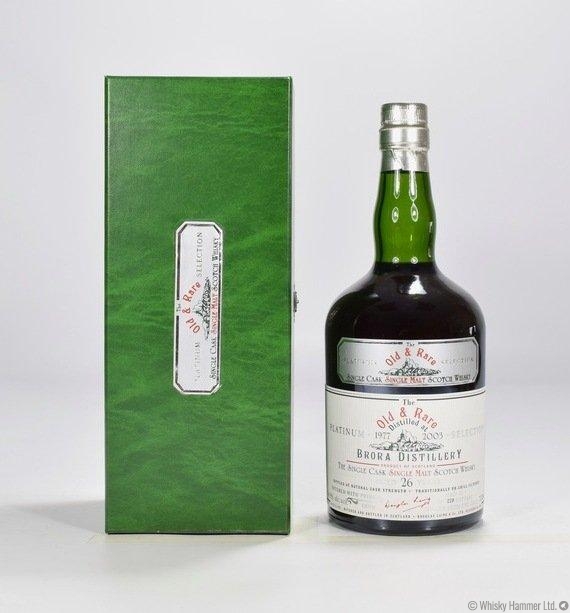 A very rare Brora bottled by Douglas Laing as part of the 'Old & Rare' Platinum Selection.  Distilled in 1977 and bottled in 2003.

Complete with case and Certificate of Authenticity.