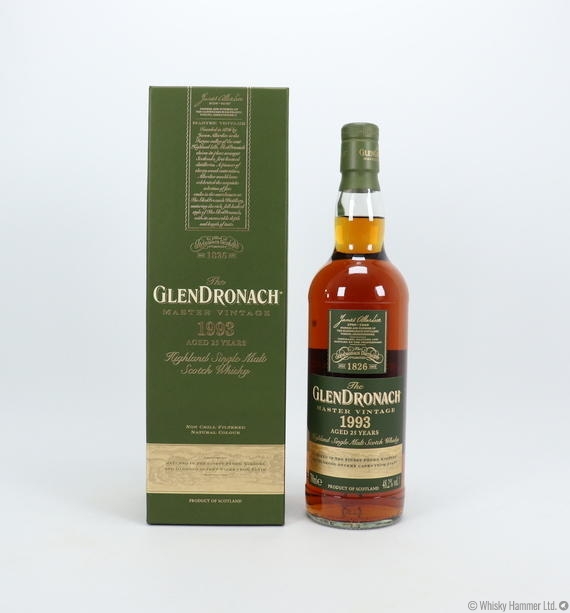 A beautifully presented 25 Year Old Glendronach, created using whisky which was matured in a combination of Pedro Ximénez and Oloroso Sherry casks laid down in 1993.

An exceptional year for the distillery, this release celebrates and showcases the fantastic whisky laid down then.