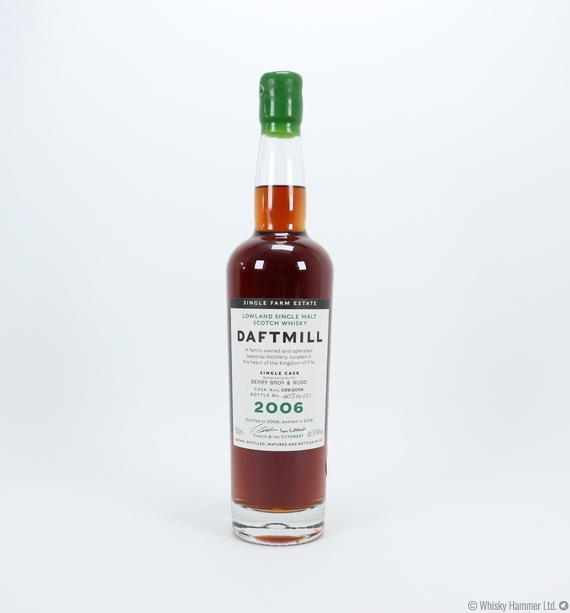 Harvested from the farm's Dam Park and Curling pond fields on 31st August 2004, the Chariot barley was among the last to be malted in Fife by Robert Kilgour & Co before they closed.

Filled during a warm summer's day on the 25th July 2006. This first fill sherry butt is one of only two sherry casks filled at Daftmill in 2006. It has been bottled exclusively for Berry Brothers & Rudd.