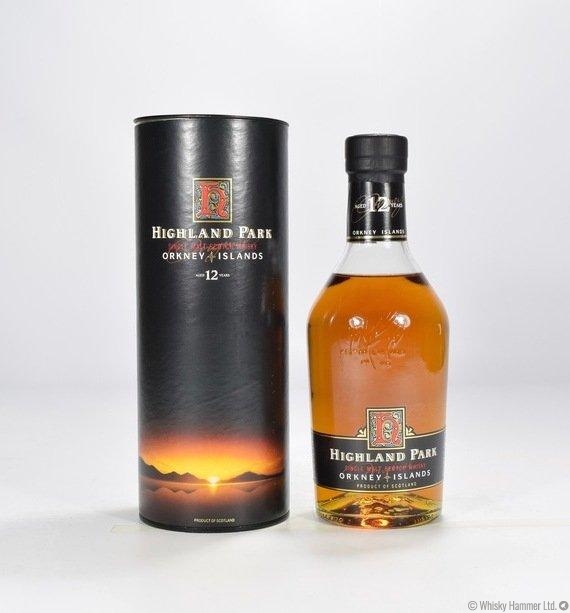 A 12 year old expression from the highly rated Highland Park distillery in Orkney.  This is the older 1990s style dumpy bottle.

Bottle and box in good condition.