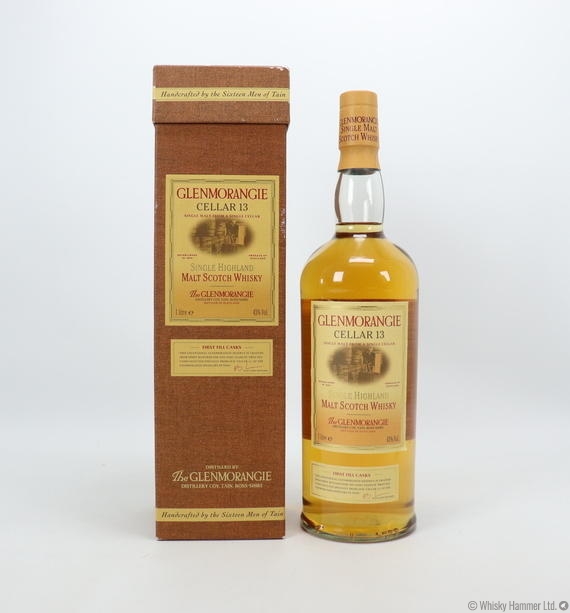 This exceptional malt whisky is crafted from spirit matured for 10 years in first fill casks and has been selected from Cellar 13 at the Glenmorangie Distillery in Tain. Cellar 13 is a low stone-built, earthen-floored warehouse on the shores of the Dornoch Firth. According to Glenmorangie: "These casks accentuate the wonderful vanilla, butterscotch and honey notes of this exquisite Glenmorangie malt".