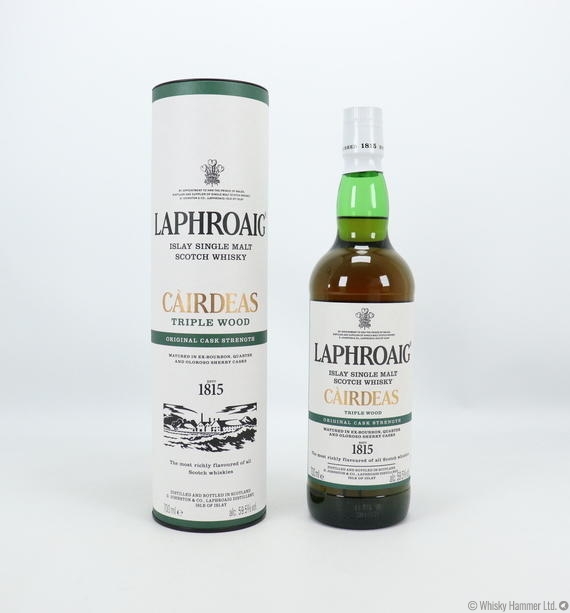 Laphroaig Cairdeas Triple Wood, new for 2019.  This has been matured in ex-oloroso sherry, ex-bourbon and quarter casks.