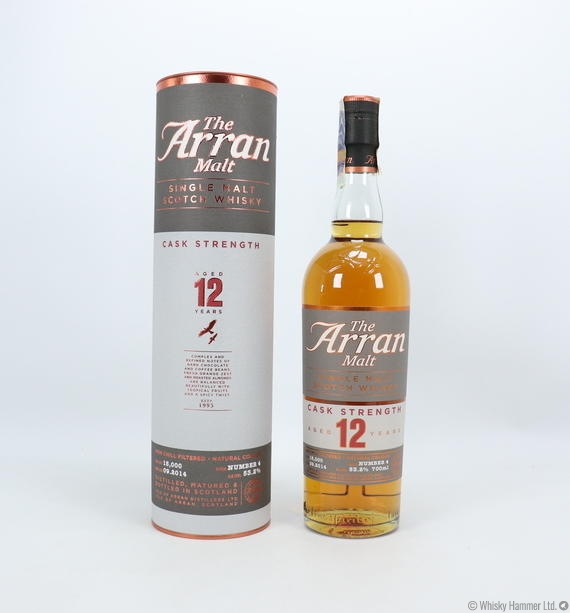 The sixth batch of the Cask Strength 12 Year Old whisky from Arran.