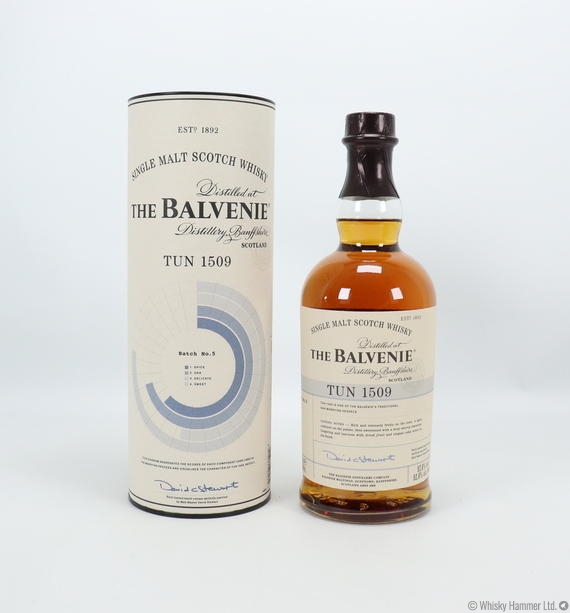 Batch #5 of TUN 1509 from Balvenie, created by combining 10 Bourbon, 8 Sherry Hogsheads, 3 Refill American Oak and 8 Sherry Butts, married and rested for several months in Tun 1509 prior to bottling.