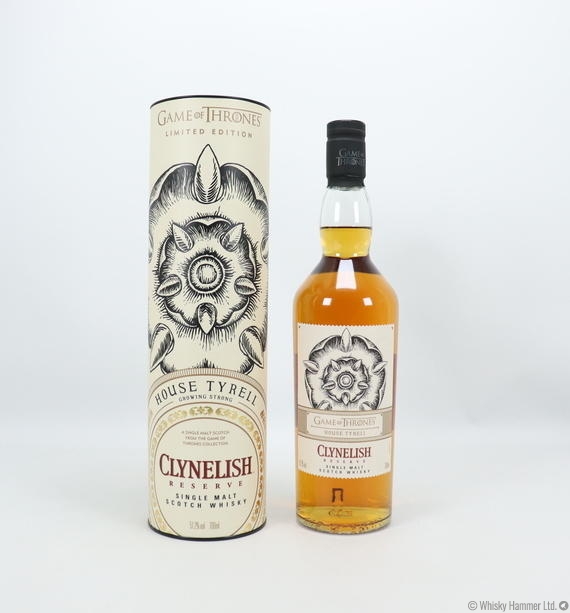 The Clynelish Reserve 'House Tyrell' is one of 8 limited edition bottling's in the Diageo collection of Game of Thrones malts.

House Tyrell of Highgarden rules over the Reach, the lush and fertile region of Westeros who's abundance feeds the realm.  The Tyrell golden rose is beautiful but hides razor sharp thorns beneath the surface.   They have lived up to their house words of growing strong, defending their position of power with weapons of sharp words, sharp minds and sharp actions.