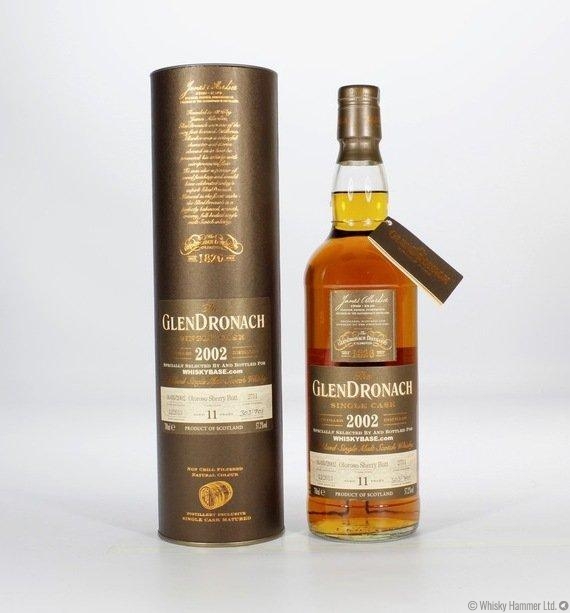 One of Glendronach's most sought after range, and becoming very rare, this 11 year old whisky was distilled in May 2002 and matured in an Oloroso Sherry butt before being bottled from the single cask (# 2751) in December 2013.

Specially selected by and bottled for whikybase.com.

The cask produced only 701 bottles, of which this is bottle number 302.