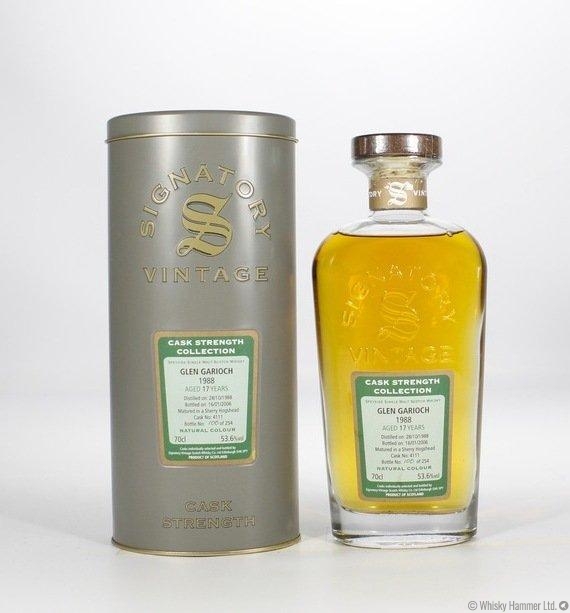 Bottled by independent bottler Signatory Vintage from the Glen Garioch distillery. This whisky was distilled in January 1988 and bottled at 17 years old in January 2006 from a sherry hogshead - cask #4111.

The cask yielded only 254 bottles, of which this is bottle number 100.