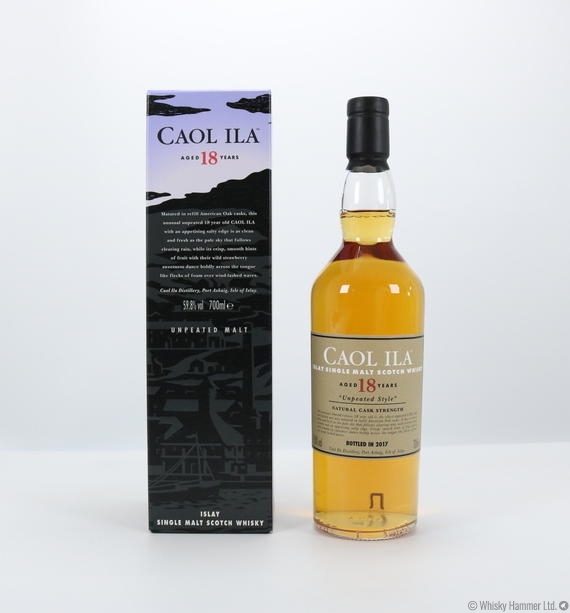 A truly fantastic, wonderfully balanced, islay malt from Caol Ila, matured for 18 years.  This is the unusual un-peated malt bottled in 2017 at 18 Years Old and natural cask strength