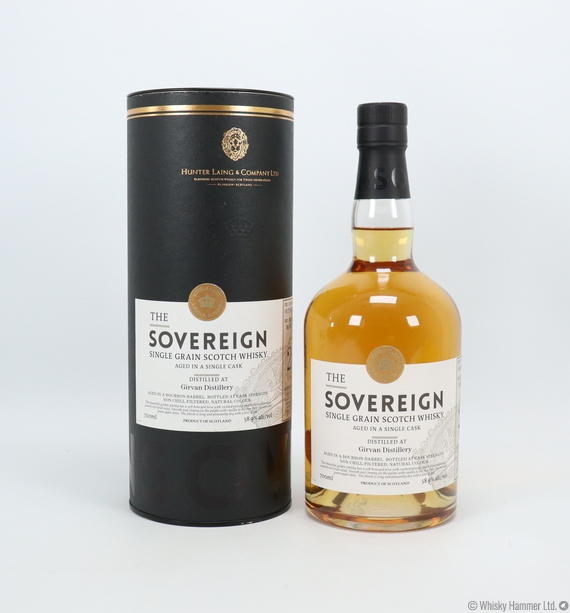 Girvan distillery was founded in 1963 with the installation of its first Coffey still in 1963, which was celebrated with their first official bottling.  The company introduced its export single grain whisky, Black Barrel in 1995 to the Spain, Portugal, and Italy markets.

Ladyburn operated as a single malt distillery on site from 1968 until 1975.

As of 2007, the site has also been home of Ailsa Bay Distillery. The facility was christened by HRH Prince Charles in 2009.

A bottling of Girvan from the Sovereign range by Hunter, Laing and company. Distilled in October 1991 and bottled March 2017 aged 25 years, after maturation in a bourbon barrel (HL13285).