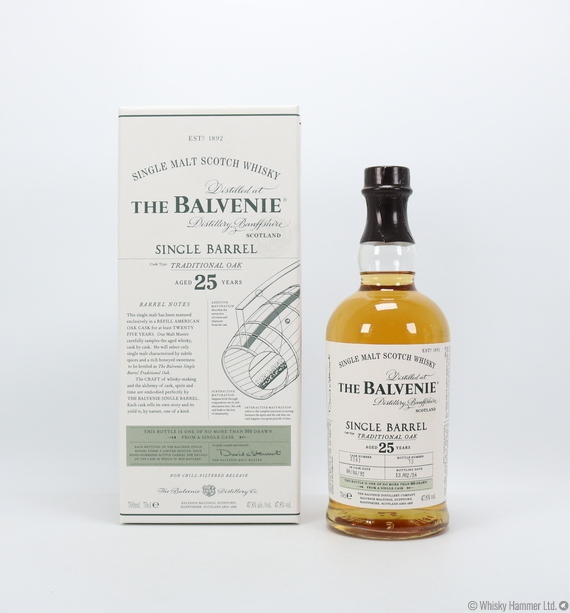 Balvenie's classic 'Single Barrel' series; a 25 year old single malt which is drawn from a single cask in this case Traditional Oak.