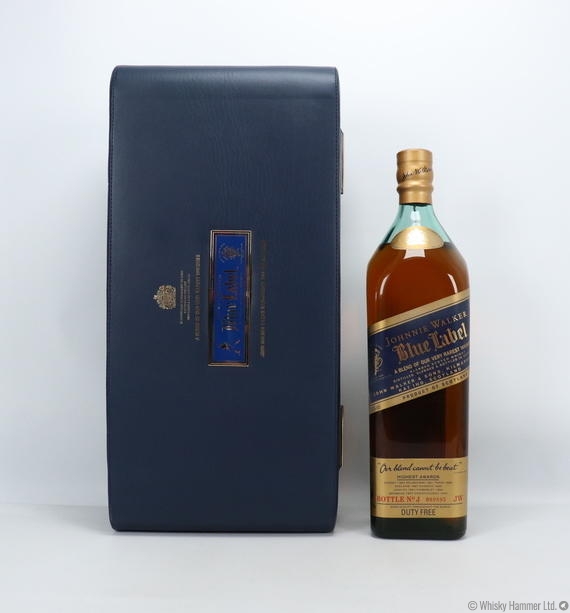 "A blend of our very rarest whisky" from Johnnie Walker.  The Blue Label edition is beautifully presented and individually numbered. Produced in strictly limited quantities.

This is a 1.75 litre bottle released exclusively for the duty free market.