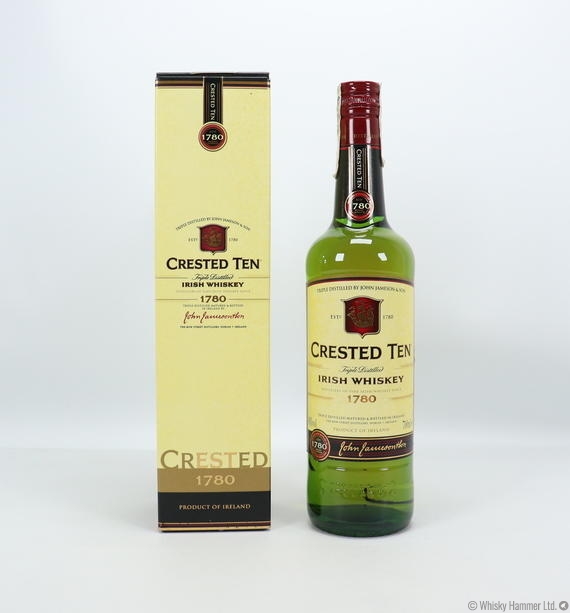 Originally one of the six main Dublin Whiskeys, Jameson is now distilled in Cork. In 2013, annual sales topped 4.7 million cases (56.4 million bottles). Jameson is by far the best selling Irish whiskey in the world, as it has been sold internationally since the early 19th century. The United States is the largest market for Jameson Whiskey, with consumption during 2013 up by 12%.

An offering of Crested Ten from Jameson.