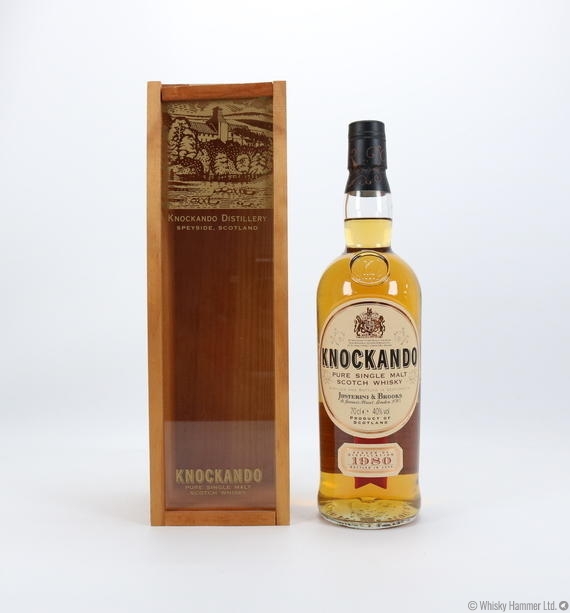 Knockando Distillery was built by John Tytler Thomson in 1898, and is named after the village in which it stands. The name derives from Scottish Gaelic Cnoc Cheannachd, meaning "Hill of Commerce". The village is home to a few other small houses and the larger Knockando House, and is surrounded by woods in which there are buzzards, Red Squirrel and Roe Deer. In 1904 the distillery was purchased by W & A Gilbey, a gin producer from London, becoming part of J&B / Grand Metropolitan in the 1960s and 1970s, and is now owned by multinational firm Diageo.

This Knockando pure single malt was distilled in 1980 and bottled in 1995.

This bottle comes in a unique wooden presentation box.