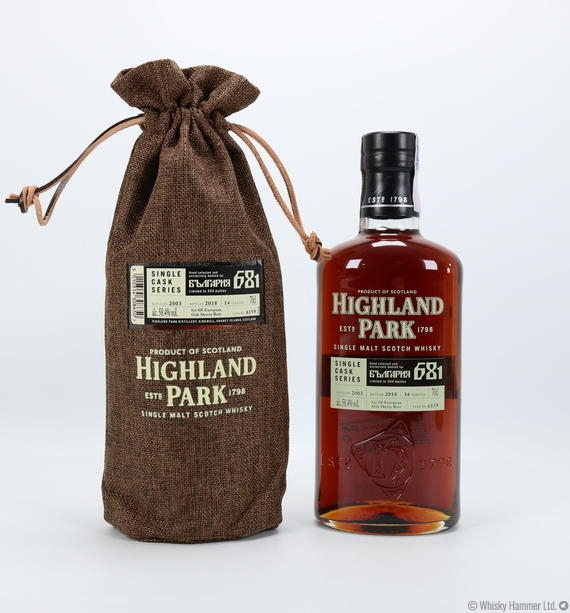 Distilled at Highland Park and bottled (as part of their Single Cask Series) exclusively for Bulgaria and limited to 554 bottles.