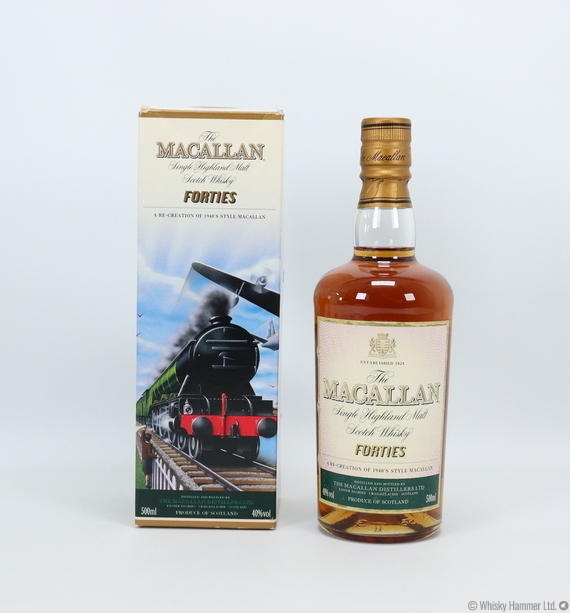 To re-create the style of Macallan in the 1940s, their Master Distiller sampled bottles of The Macallan from that decade and matched their aroma and flavour with more recent distillations taken from the casks maturing in the warehouses.

Macallan 1940s
During the 1940s, with a shortage of sherry cask as a result of the Second World War, Macallan would refill their casks more often than is the current practice. This, combined with the use of peat to dry the barley, resulting in a whisky that was less spicy and peatier than modern day Macallan.