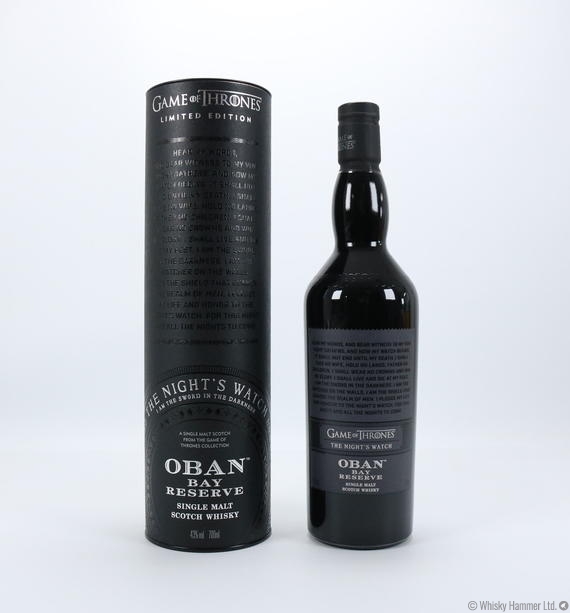 The Oban Bay Reserve 'The Night's Watch' is one of 8 limited edition bottling's in the Diageo collection of Game of Thrones malts.

The sworn brothers of The Night's Watch take na oath and pledge to protect the Seven Kingdoms and guard the realms of men from the terrors that lurk beyond the massive and ancient ice barrier known as The Wall. They face a frozen wasteland which legends say is filled with Wildlings, giants and the terrifying forces of the Night King and the long night he brings. They are the swords in the darkness and the watchers on the wall.