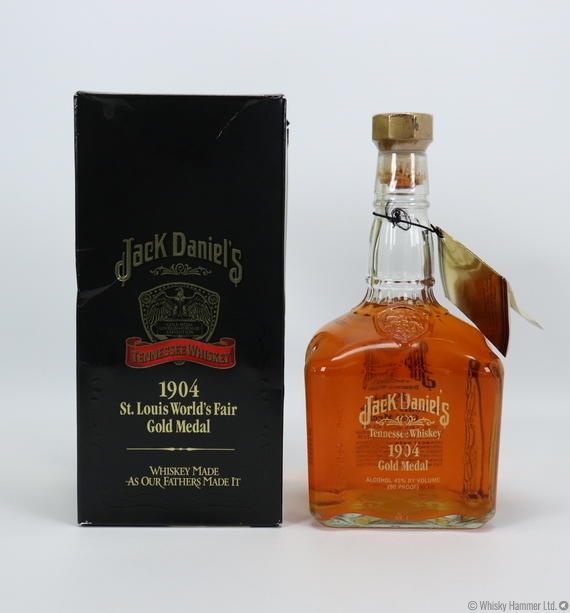 This special bottle is the first in the series to commemorate the gold medal awarded to Mr Jack Daniel at the 1904 World's Fair in St Louis, Missouri.